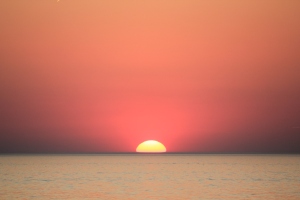 The idea of blogging began as a necessity when my late wife was ill with pancreatic cancer. During the first operation I received so many texts and emails and phone calls offering encouragement and asking for updates that setting up a blogging site was the only efficient way to communicate about our life. As we journeyed through her illness the blogging became much more than just an update; it became a place where thoughts and feelings could be expressed. And lessons God was teaching. And how a husband expresses love and devotion toward his wife through a terminal illness.

During this blogging experience it became apparent that much of what I wrote about was really about relationships. This was certainly spurred on by my training as a counselor. As time has progressed it became clear that another outlet other than the CaringBridge blog would be more appropriate. So here I am. Thinking about relationships…expecially marriage. Well see where it goes from here.

And for those that are interested the CaringBridge blog may be accessed at: http://www.CaringBridge.com/visit/carriejohnson

One thought on “The begining….”

I have experience providing services to adults, older teens, and couples on a wide range of issues including

You and I will form a team to help you heal, change, and grow. The theory that primarily guides my work is Christian Counseling, an approach to counseling that is distinctive yet similar to cognitive behavioral therapy. Through this process we will together identify how your thoughts and beliefs impact your feelings and behaviors. However, my overall approach is very integrated. I will draw upon ideas and concepts from many counseling theories that I believe will help us understand and clarify issues as well as reach the goals we have established.

While my approach is Christian Counseling, my work is open to persons from all faiths or no faith.

I would encourage you to visit the blog page or search the blog tags below to read about topics I've written on which will give you a glimpse into who I am as a counselor.

Sliding scale based on need is available for a limited amount of people who have a proven financial need.Cash, Check, and Credit Cards are accepted.